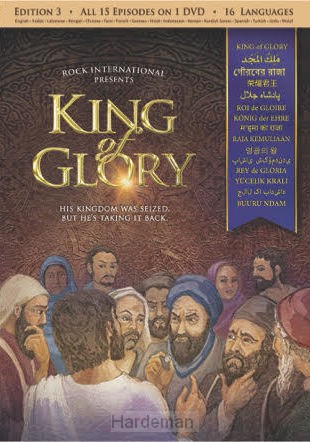 King of Glory takes you on an intense ride through the ancient Scriptures of the Prophets as it accurately and chronicologically unfolds their story and message in a way that makes sense.

This 15-episode visualization of the world's best seller is about the Creator-Owner of the universe and His plan to rescue His rebel subjects from the kingdom of darkness and qualify live with Him forever in His kingdom of light.

With its thought-provoking narrative and inspired mix of animation and live video, this is for a worldwide audience of all ages.

Part 1 - The King foretells His Plan

2. The Creator & His Creation

5. The Way of the Sacrifice

Part 2 - The King fulfills His Plan